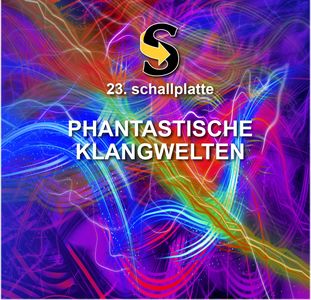 Facbook post on 30.12.2020: "I' m proud to announce that Deep Imagination is represented with a previously unreleased track on the cd sampler "Schallplatte 23" by Schallwende. The instrumental and minimalistic electronic composition "be on mars" was created under the influence of the tv series "Mars" and will also be released on the internet in 2021. The music was mastered by the Dutch electronic musician Ron Boots (groove.nl)."