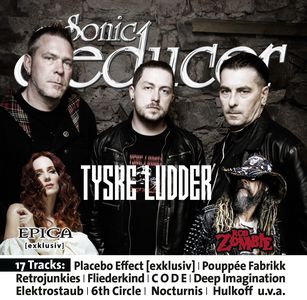 The Sonic Seducer is considered the most popular magazine of the alternative and black scene in Germany. (29.01.2020)

The Sonic Seducer is considered the most popular magazine of the alternative and black scene in Germany and neighbouring countries. DEEP IMAGINATION is now represented on the cult sampler "Cold Hands Seduction", which is included in every issue, with the single "In My Memory". According to Sonic Seducer, the CD sampler has a print run of several tens of thousands of copies. In addition, a story on DEEP IMAGINATION appeared in the current issue 02-2021 of Sonic Seducer.

"With "My Silent Celebration", Deep Imagination have already released their fifth studio album, from which "In My Memory" is a true showpiece. For lovers of calm, spherical synth sounds and atmospheric sounds, this is definitely a great recommendation to which you can relax wonderfully." (Sonic Seducer)

The Video "In My Memory" by DEEP IMAGINATION on YouTube
https://youtu.be/kOvRKSy-2CY 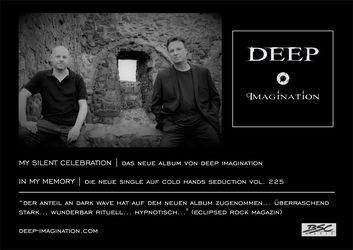 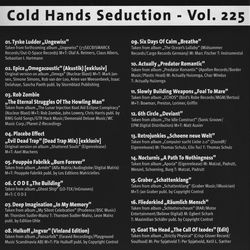 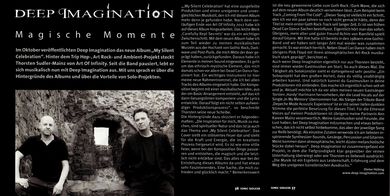 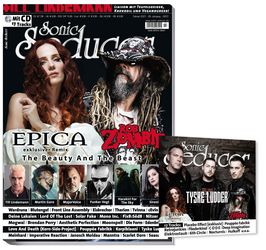