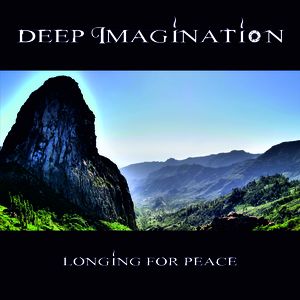 Another single from DEEP IMAGINATION around the album release. (25.09.2020)

With "Longing For Peace" BSC Music/Prudence releases another single from DEEP IMAGINATION around the album release "My Silent Celebration".

"Longing For Peace" is a timeless 'Cosmopolitan Music' that is understood by people all over the world. (BSC Music/ Prudence)

The new video "Longing For Peace", which was shot on canarien island La Gomera will be released with the new album on 16. October 2020

DEEP IMAGINATION's fifth album comprises eight tracks, which were produced in 2 years of loving detail work in the band's own Imagination-Studio near Frankfurt/Germany.

Thorsten Sudler-Mainz presents an album that reflects his entire work and on which the German musician spans an arc from his beginnings in the 80s to the here and now.

The current video "In My Memory" gets more than 10.000 views on YouTube

Reactions from the world wide web:

"This is a great song"