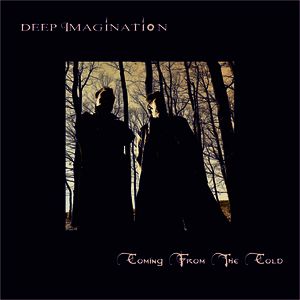 Due to the many positive reactions from fans and press, DEEP IMAGINATION is now releasing the Darkwave-Gothic track "Coming From The Cold" as a single under the BSC Music/Prudence/Zebralution banner, following the successful video release in April 2021. (Release 21.05.2021)

A rhythm that refers to the Dead Can Dance classic "The Arcane", fine-sounding guitars from the universe of the early Fields Of The Nephilim, dark synth sounds between Richard Wright and Brendan Perry, a Floydy vocal and Heavenly Voices like from the heyday of the New Romantic.

This is how you could describe the ingredients that Thorsten Sudler-Mainz aka DEEP IMAGINATION has put together in the darkwave-gothic track "Coming From The Cold" to create an entertaining gothic opera. Guitarist Achim von Raesfeld and singer Ann Kareen Mainz are audibly musical soulmates. The excellent production from the band's own Imagination Studio convinces with a clear and wide sound.