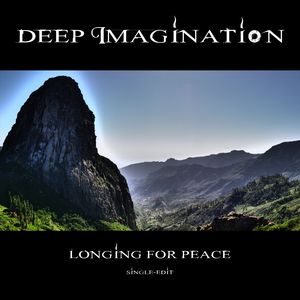 Before in 2022 new material from DEEP IMAGINATION is expected to be released, BSC Music/Prudence will release the single "Longing For Peace (Single-Edit)" on 11 February 2022.

The compact version of the most played track from the album "My Silent Celebration" will be released digitally via Zebralution.

"I suggest you listen to „‘“*Longing For Peace*‘“, which leads into a mysterious atmosphere in which the charisma of percussion and synthesizer lead us into another dimension, an effect that is reinforced by floating and sensitive choirs." (Music in Belgium)

"The soundscape that Deep Imagination have put together on this work is a veritable descent into realms reminiscent of Dead Can Dance and Ordo Rosarius Equilibrio (Longing For Peace)." (Orkus! Dark Rock Magazine)