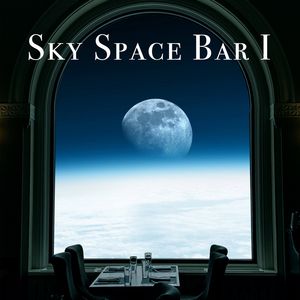 The compilation "Sky Space Bar I" by Prudence Records features a science fiction scene on the cover and transports the viewer to a future location from which the earth can be viewed from space while having a drink in the bar.

In addition to Prudence artists such as Achillea (Jens Gad), Gleisberg, Peter Mergener or Bernd Scholl, the projects of Thorsten Sudler-Mainz can also be heard on the compilation.

With "Awareness Part 4 - Tradition" by Deep Imagination, a title from the album Awareness is represented, which was already heard on Lufthansa Radio on their worldwide flights.

In addition, Art Of Infinity, the project by Thorsten Sudler-Mainz and Thorsten Rentsch, has four tracks on the compilation alone. The track "Endless Future" from the album of the same name, lyrically written and sung by the Mexican singer Alquimia, opens the "Sky Space Bar I" with futuristic sounds and mysterious ethereal chants that seem to be out of this world.

Imagine sitting in a bar above the clouds, looking at the moon, discovering other planets, stars, galaxies..... And while you're being served a cocktail, you're listening to spherical sounds and relaxing chill-out beats.

Cosmic sounds, dreamy melodies and ethereal chants as if from distant worlds are all part of the music programme at Sky Space Bar.

Let yourself be galactically enchanted and enter a heavenly world of extraterrestrially beautiful music by Art of Infinity, Achillea, Bernd Scholl, Gleisberg, Peter Mergener and others. (BSC Music/Prudence)